Your browser is out of date! 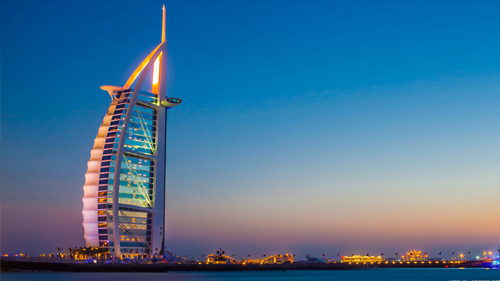 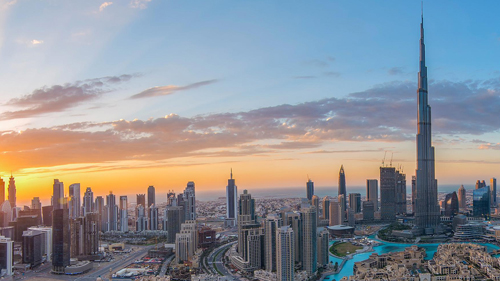 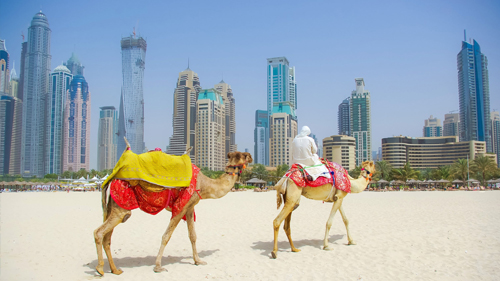 Originally a small fishing and trading settlement, Dubai is now an exciting, cosmopolitan city, and a global hub for trade and finance, where traditional Arab-Islamic culture flourishes alongside the ultra-modern. It is the second largest emirate by land area after Abu Dhabi, and is ruled by His Highness Sheikh Mohammed bin Rashid Al Maktoum, the Vice President and Prime Minister of the UAE.
In 1833, some 800 members of the Bani Yas tribe, led by the Maktoum Family, settled at the mouth of the creek in Dubai. The creek was a natural harbour and Dubai soon became a center for the fishing, pearling and sea trade. By the turn of the 20th century Dubai was a successful port. The souk on the Deira side of the creek was the largest on the coast with 350 shops and a steady throng of visitors and businessmen. By the 1930s Dubai's population was nearly 20,000, a quarter of whom were expatriates.
In the 1950s the creek began to silt, a result perhaps of the increasing number of ships that used it. The late Ruler of Dubai, His Highness Sheikh Rashid bin Saeed Al Maktoum, decided to have the waterway dredged. It was an ambitious, costly, and visionary project. The move resulted in increased volumes of cargo handling in Dubai. Ultimately it strengthened Dubai's position as a major trading and re-export hub.
The discovery of oil in 1966 transformed the emirate and its way of life. Dubai's first oil exports in 1969 were followed by a period of rapid development that laid the foundations for today's modern society. In the 1980s and early 1990s, Dubai took a strategic decision to emerge as a major international-quality tourism destination. Investments in tourism infrastructure have paid off handsomely over the years.
Dubai’s economy is no longer reliant on oil, but is more diversified, relying heavily on trade, services and finance sectors. The past decade has witnessed change and growth throughout all sectors of the Dubai economy. The emirate’s government is constantly working to improve its commercial transparency and introduce dynamic regulations that aid the formation of small and medium enterprises (SMEs) and have the ability to react to global financial challenges.
With year-round sunshine, beautiful beaches, luxurious hotels and shopping malls, fascinating heritage attractions and a thriving business community, Dubai receives millions of leisure and business visitors each year from around the world. Dubai is known worldwide as a shopping destination.
Dubai is now a city that boasts world-class hotels, architecture, entertainment and sporting events. The Burj Al Arab hotel presides over the coastline of Jumeira beach and is the world's only hotel with a seven star rating. The Emirates Towers and the Burj Khalifa are two of the many structures that reflect the emirate’s commercial confidence.
Although Dubai is seen as a relatively young destination, it has a fascinating history which can be explored at the Dubai Museum inside Al Fahidi Fort, one of Dubai’s oldest buildings dating back to 1787.
Dubai is the venue of many major world class sporting events including the Dubai Desert Classic Gulf Tournament, the ATP-sanctioned Dubai Tennis Championships, the Dubai Sevens, the Emirates Grand Prix (off-shore Power Boat Championship), the UAE Desert Challenge, and the Dubai World Cup, the world's richest horse-race.